If you really want to up your outdoor cooking game, the Blackstone Pro Series 28 Griddle is the way to do it.

Getting a propane griddle changes everything – and as a former backline cook, I can attest to how easy cooking becomes with griddles.

Most of us are not used to cooking on griddles because we use the traditional pots and pans – but with a wide cooking surface on a griddle, you can do nearly everything.

My favorite experiences with griddles include waking up and tossing bacon and sausage on, then scraping of the grease easily and pouring out pancakes or even making up eggs any way you like it in a flash.

Literally, all you need is the ingredients, a good professional griddle spatula, scraper and some butter to cook with.

At lunchtime or dinner, it’s just as easy to fire it up and toast sandwiches, grill fajitas, or even just go with cheeseburgers.

That’s why the Blackstone Pro Series 28 has become one of the top sellers in outdoor propane grills this season.

Let’s take a closer look at some of the features to help decide if this is something you should invest in.

There are a few varieties of the Blackstone 28 Griddle that you can choose from.

This one has a convenient side table for you to have your food prep ready to throw on the grill.

It has dual controls on the front that operate the 2 Burners that put out up to 34,000 BTU’s – which is more than adequate to heat up the griddle quickly and then keep it at the temperature you need it.

Most importantly, it has an electronic ignition system that also makes lighting the burners simple.

My favorite feature is the rear grease management system that makes cleanup easy and cooking mess-free.

Even though this one is the simplest version of the 28″ Blackstone Griddles, it’s still fully capable of cooking for big or small get-togethers.

Apparently, it’s possible to fit 44 hotdogs on the grill surface if you want to…though I’m not sure who would ever do that!

This next version of the Blackstone Griddle has a hardcover and side table on both sides.

Personally, this is the perfect version for most people because of the hardcover addition and double side tables.

It makes sense that you can have raw prep food on one side and then after cooking it, you have a nice table on the other side to set the food when it’s done.

The hardcover also hooks very nicely onto the top of the grill so it stays out of the way until you need it again.

I love the two handles that are in a perfect location on the top of the griddle lid so it’s easy to grab and move.

Now I love extra features and if money were no object, I would definitely be getting this one.

Two features I love are the front utility tray and the Magnetic Zone on the Side Shelf for tools that can just attach easily.

It also has the pivoting paper towel holder which is hands down my addiction – using tons of paper towels.

I also like the three zones for cooking instead of two and the styled hood that folds up is perfect.

Check it out here:

How To Season Your New Blackstone Griddle

When you get a new Blackstone Griddle, one of the most important things you need to do is season it first.

Here’s the best video I found on this process which also works for seasoning cast iron.

I’ve been cooking with cast iron for 20 years now and never knew some of the things I learned watching this video.

Blackstone has a seasoning you can use to get it ready… and if you haven’t watched this video yet, it does matter what you use.

Do not try to do it yourself with Bacon Grease because there are a lot of other products in bacon that can cause issues later.

Here’s a link to see a bunch of different griddle seasoning options that should work well also if you cannot find the Blackstone version.

Things To Watch Out For

Like I mentioned before, this would be a totally honest review.

After reading though a lot of different reivews of all Stars, I’ve found some common themes for you to consider.

First, depending on shipping issues, a lot of the negative reviews had to do with damage done during shipping.

This is obviously a pain, but not totally the fault of Blackstone. It’s unfortuntate when it happens and can be a pain to contact them and have to wait for replacements or returns.

If you order it on a site like Amazon, returns can be easy – but just make sure the store your order it from allows them.

Second, some customers complained about rust.

Because this site is all about fire pits, we know that a lot of complaints center around rust.

A lot of rust issues can be prevented with proper maintenance and storage.

If you live in a warmer or wetter or even a saltier environment, anything you put outside is going to corrode.

My last trip to the Gulf Coast confirmed this when I saw rust on things I never even considered before from my Chicago environment.

Storage inside and keeping your griddle conditioned are going to be very important in making it last.

When you do get rust, you need to take care of it by applying a rust solvent, scraping it and then sealing it with a rust resistant paint.

I’ve brought back to live many firepits that looked pretty bad with just a wire brush and some rustoleum spray paint.

Overall, the Blackstone Pro Series 28 griddles are great ones to add to your cooking sets.

From the incredible amount of cooking videos you can find on YouTube you can see that they work really well and are a lot of fun to cook on.

I’ll leave you with a few recipes that look amazing and wish you the best on your griddle cooking adventures!

Jason Hahnstadt has been a writer and blogger for the past 10 years. He loves to spend time outside with his family..., especially by the fire pit. He lives in Chicago and roots for the Cubs and the Bears - which might explain why he needs relaxing evenings!

This site uses Akismet to reduce spam. Learn how your comment data is processed. 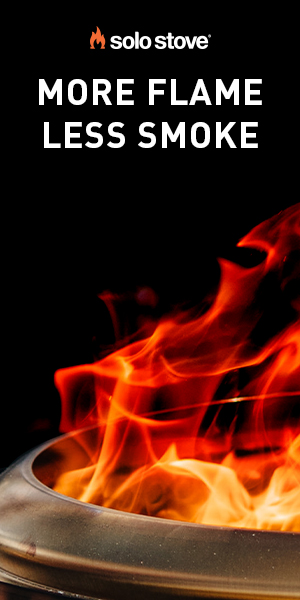